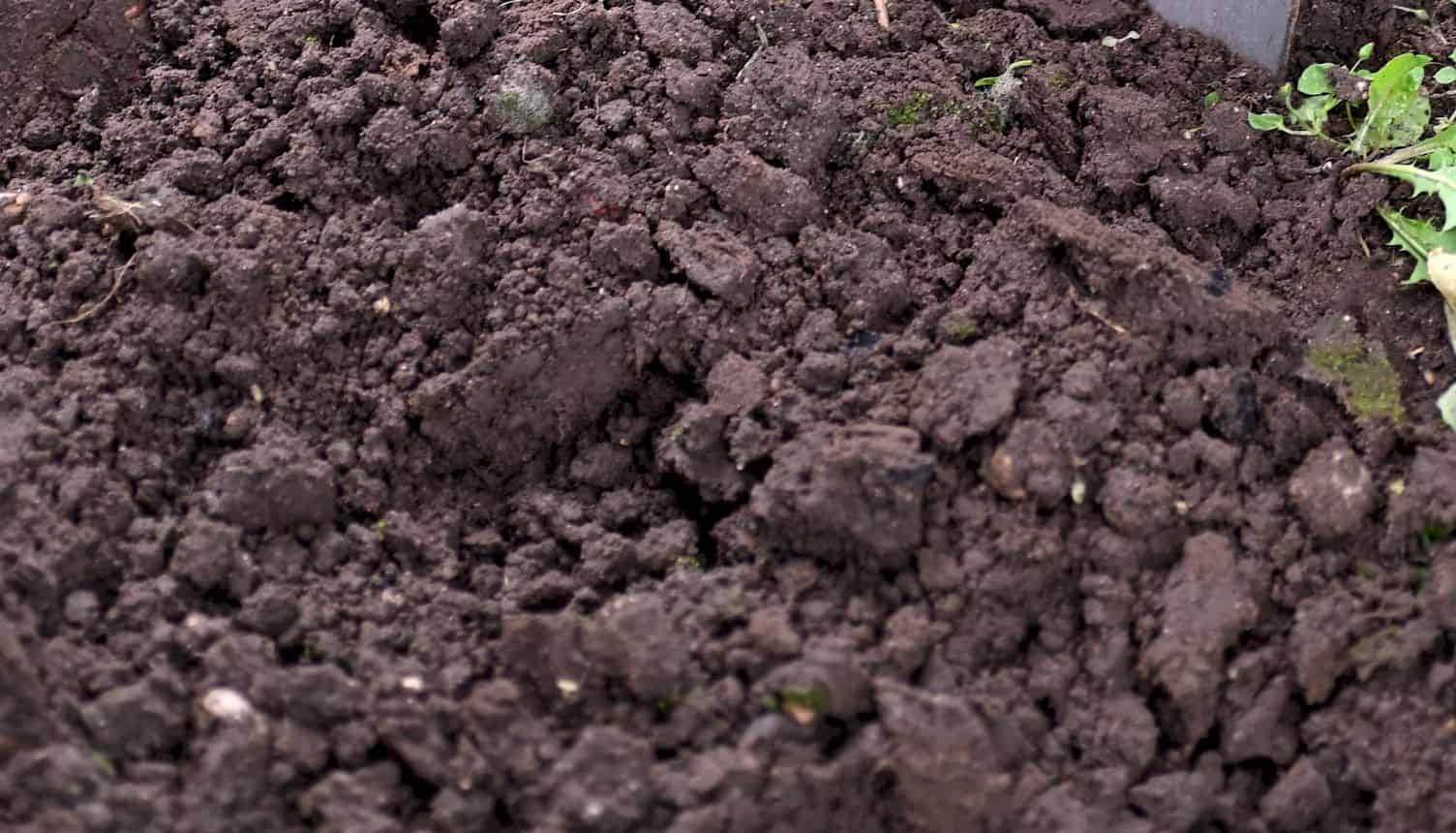 If you are a successful gardener, there is always someone who will nonchalantly dismiss your achievement by saying that you must have good soil. It would be much nearer the mark to say that you must have a good understanding of your soil. Soil is what you make it.

Some gardeners start with hungry and thirsty sand; others have earth that is as stubborn and unyielding as concrete, but even the meanest soil will become amiable with a little coaxing and understanding.

From several different parts of the garden, dig up a tablespoonful of earth from a few centimeters below the surface and mix the samples together.

If the soil is not damp, moisten it, but only enough so that after kneading and squeezing it a few times, you can roll it into a ball.

Your aim is to have soil that holds water well but allows the excess to drain away freely. The soil particles should be grouped together in crumb-like colonies with space between them for the free movement of water and air, which is so essential for healthy root growth. Both fine sand and clay soils pack too tightly to provide these conditions, but both can easily be improved.

Often described as "the soil with the least backbreak but the most heartache", it needs little working, apart from weeding, but it dries out very quickly and always seems hungry and thirsty.

The first step in improving its water-holding capacity is to rake in a liberal layer of moistened peat moss – a finger depth would be ideal. The peatmoss must be moistened either by soaking overnight or adding hot water just before use; if you apply it dry, it will float out of the soil when you water. You could add some compost too. You could even use compost instead of peatmoss, but this will disappear more rapidly from the soil.

Once this initial step has been taken, sandy soil can be kept in a healthy and productive state if you do what nature does and keep a layer of leaf mould or other organic matter as a mulch over its surface. Old grass clippings make a very good mulch. Don't bother about digging in, just keep the layer topped up as it thins out.

Although this type of soil holds moisture a little better than a sandy soil, its fine particles still pack too densely to give the ideal conditions for plant growth, so treat as for sand by adding organic matter and keeping a surface mulch going throughout the year.

This is considered the ideal soil. It is easily worked and contains enough clay to hold moisture well, and there is good air space between the crumbly soil particles. Avoid working it when it is wet so as to preserve the good texture.

Related: The Best Time To Plant Trees On Your Property

It is even more important to avoid working this soil when it is wet or sticky. It should be just damp enough for a handful to hold together when moulded into a ball but dry enough to crumble easily. If it does not pass the test, delay work for a day and test again before proceeding.

Soil that contains clay should never be disturbed by digging, weeding, planting, walking on or any other form of agitation whilst at the wet and sticky stage. If this happens, the minute clay particles become dislodged from their crumb-like colonies and become suspended in a solution with the excess moisture in the soil. This mixture of clay and moisture is better known as mud - the kind for making bricks! When it dries, it sets hard, and the friable texture is lost.

However, too much lime in the soil destroys the solubility of iron and to some extent phosphorus, sulphur and other elements essential to plant life. Its presence will upset acid-loving plants such as azaleas and magnolias.

Gypsum (calcium sulphate) is the only form of lime that will help soil structure without changing its activity.

water does not readily penetrate clay soil, so some system of drainage will be needed.

Since it is so tightly compacted, a clay son is airless, and plant roots cannot thrive in it, s0 it has to be lightened and crumbled. There are various ways of doing this.

If you have a large area of deep clay, you can either spread good loam over the whole of it to spade depth, or you can build up beds of good loam with paths between them which will also act as drains to carry off surplus water. You might even consider covering the entire area with ashes, metal screening or other porous but permanent material before laying down the beds or the paving for the paths. Or rough-dig the soil when it is just damp, breaking up the surface as much as possible and rake in a handful each of complete plant food and wheat per square meter. The fibrous roots of the wheat will separate the soil into crumbs when the crop is about 25 cm high, chop and hoe into the soil.

Sawdust is a wonderful crumbler for heavy soils. You can compensate for the fact that it depletes soil nitrogen by sprinkling some complete food in with it. Before applying, break up the soil to at least finger depth. Give another application six weeks later, and your soil will soon be ready for planting.

You can improve clay soil and bring it to the planting stage without delay by using the 'straw gardening' technique.

Put down a base mat of compressed layers of lucerne hay to a depth of 5-7 cm over the area you wish to plant. Spread a 10-12 cm layer of wheat or oaten straw and a scattered handful of complete fertilizer over it.

Mark the planting spaces and make a nest-like depression at each one. Place a generous handful of well-rotted compost in each and water well.

You can then plant a tomato or other seedlings or the seeds of beans or zucchini. Daily watering will be needed during hot weather. If heat is intense, you may even need to water more often. I find that potatoes are one of the easiest crops to raise by this method as they are able to survive any drying of the soil long enough to get their roots down and establish themselves.

＇Straw gardening' builds up a wonderful surface mulch which earthworms will carry down to give an added depth of good soil.

Always keep a mulch of organic matter over clay soil. It is needed to protect it against the unnecessary agitation of heavy rain or careless watering, to supply organic substances which prevent the fusing of the clay particles, to create the desirable crumb-like structure and to increase the teeming millions of useful bacteria which help to keep soil healthy.

Do not lay grass turves directly onto clay Soil. First, put in drainage and then a 10 cm layer of sand or crumbly loam and remember that, contrary to general opinion, roses do not thrive in clay soil. They are certainly more clay-tolerant than many plants but prefer a loamy soil with a clay sub-soil. Clay as a sub-soil conserves moisture and plant foods around their roots.

This site uses Akismet to reduce spam. Learn how your comment data is processed.